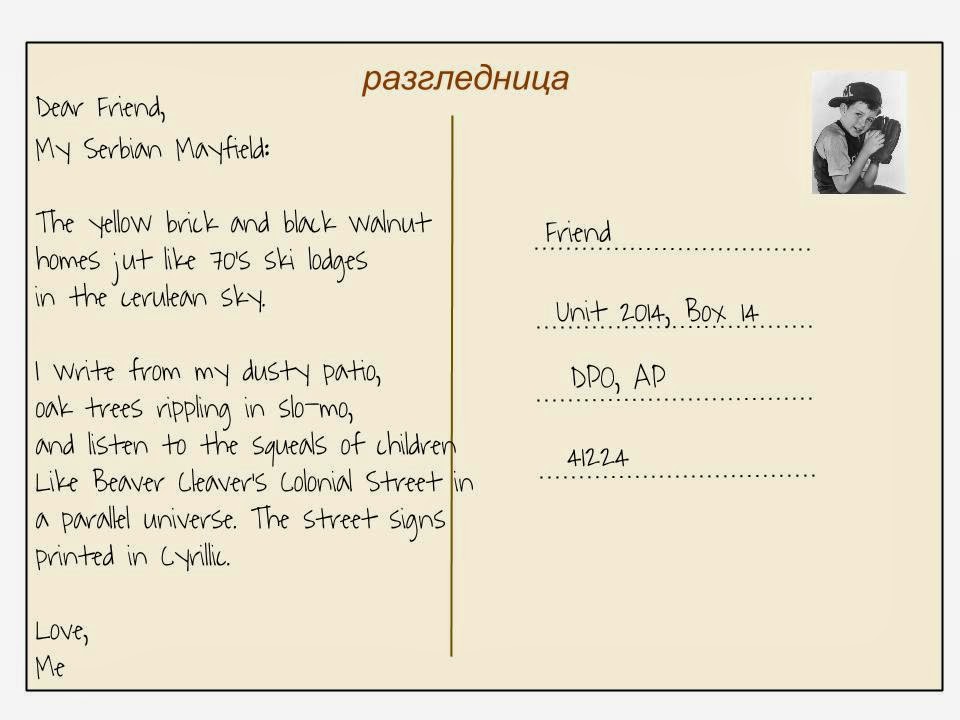 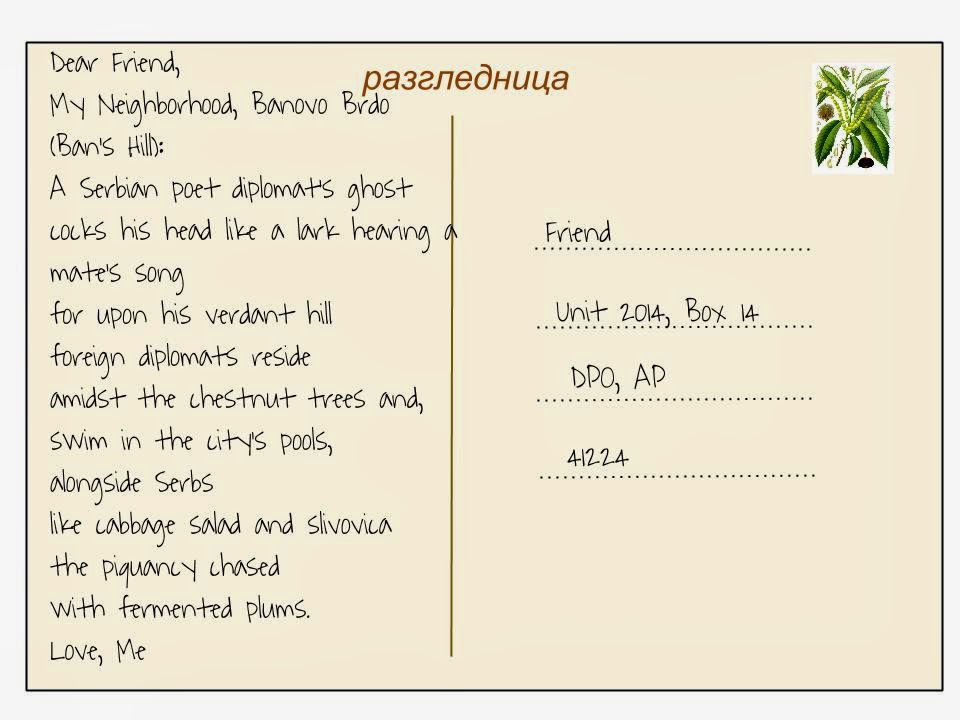 Postcard Poems: The Aftermath of Košava

The sun slices through the stalwart tired trees of Košutnjak
striping the trail strewn with the woody carnage of the storm.
Limp limbs lashed by Košava’s conniption litter battered bushes.

A bird whistles an avian requiem circling the remnants of her nest,


diminished after the three-day scream, the notes drift through the tattered canopy.
at February 12, 2014 No comments: 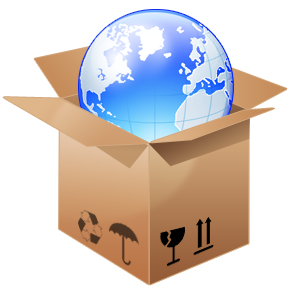 The following email was recently sent to me by my best friend who I met in A-100 in 2000.  Although we have only lived in the same place once for the 6 months of A-100, we have lived parallel lives ever since.  Our paths cross when we force them to cross.  And we do force them to cross.  She is moving from Helsinki, Finland where she has lived for three years to Sydney, Australia.  Her email captures the essence of why we live our lives the way we do.  Sit back, read, and smell the cardboard.

OK, so this is what a sick individual I am: my house smells like cardboard, that slightly sour smell that also smells like tape, and I like it. I KNOW. This goes against everything. This is the anti-me. And yet, not. For after all, I am the person that looks at a globe curiously. When I buy something, one of my first thoughts is "will I need this at my next post?"
Please don't get me wrong. I'm panicked when I found my new dishes still in the cupboard today, I'm afraid something will be left behind and, no, I don't want to leave. But that little part of me, perhaps the strongest part of me is a little excited about the smell in my house. Because without that smell, I would have never met any of you.

love to you and yours,

Unbeknownst to them (well, I did mention it once or twice), my bakers at my American Corners Belgrade Baking Classes, are learning some typical American recipes that just happen to be gluten-free.  It's amazing to realize that some of our good ole American favorites and comfort foods don't have a lick of gluten in them at all.  Some, I did have to fudge a bit on (no pun intended- but fudge is gluten free!). For example, a typical Apple Crisp recipe pretty much does have gluten.  But as you fellow celiacs know, "It's not about deprivation, but substitution," so I substituted flour for ng flour.  That being said, I do try to be true to tradition when I am teaching traditional American baking (now that was an unintentional tongue twister).  On the other hand, if you don't notice the substitution in the food sample I give you, then it won't hurt you (like gluten hurts me).  If I substitute gluten-free flour in a recipe and it totally works, I will note that in the recipe. 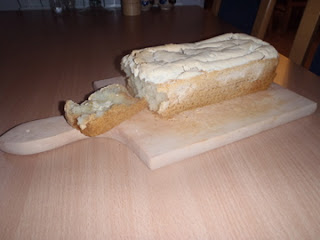 Before I give you these simple, easy, American recipes, I must tell you that I have mastered the gluten-free bread loaf.  After my totally depressing, disastrous first loaf that imploded (literally- see photo post below), I shook the flour (ha!  I just wrote that without thinking), no, I shook the gluten-free flour out of my hair and tried again.  I know I shouldn't gloat, but doesn't this thing look marvelous?

It tasted good too!

Now for the recipes of the last few months:

I should have known better than to get cocky about baking bread and non-gluten bread, no less.  "How hard can it be?" Famous last words.  Ha!


This was the first clue that something had gone terribly wrong. 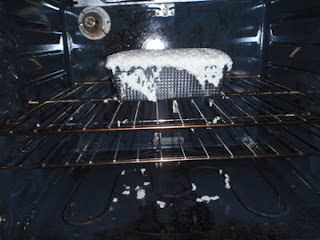 The bread rose over the sides of the pan.  I have never baked bread before, so I thought I could just put a pan under it and it would turn out okay. 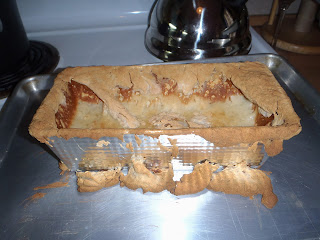 The plus side:  what was edible was actually quite good. 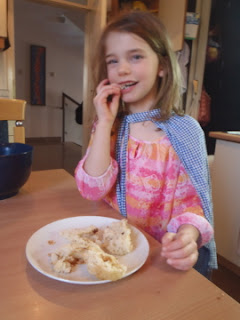 And this is from a commercial bread mix, albeit, a Serbian commercial bread mix with directions in Serbian.  Trying to be proactive prior to baking, I took the package to my Serbian lesson so the teacher could help me translate it.  I'm finding that Serbian baking instructions are actually for, um, bakers.  Which means, they leave out what us non-bakers deem necessary and actual bakers already know; for instance, the instructions say to leave the uncooked bread until it's 2 to 3 times larger.  It doesn't give you an estimate time for that process (30 minutes?  2 hours?  Am I supposed to stare at it until it grows or check back every 5 minutes?).  Also, measurements aren't so precise.  I love the fact that they bake like my mom and I used to bake when I was a kid.  Did anyone else just use a spoon that you actually use to stir tea and a tablespoon that you use to eat cereal to measure baking ingredients?  The Serbs still do.  They just call them "coffee" and "soup" spoons.  From what I've read, though, with non-gluten baking, measurements need to be precise.  So maybe the error was in there somewhere.

Another possibility was in the translation of the yeast quantity (by the look of the explosion above, this might be the ticket).  The yeast I've found here comes in tiny envelopes of 7 grams each.  We translated the ingredients to say: 15g yeast (1/4 of packet).

So here comes the tricky part of baking overseas (and I'm not even converting liters to cups!), translating the translation.  I believe I incorrectly translated this translation to mean that there were bigger packets out there of 60g each and that I needed a quarter, 15 g, for my recipe.  Makes sense, right?

Dang.  I'm trying not to be discouraged.  Everything I've read says that non-gluten baking is difficult. And that's without cultural and language differences to boot.  Good thing we're going to be living in Serbia a while longer.  Back to the kitchen.  I'll let you know how half a packet of yeast works.

Gluten-Free Shopping in Serbia: Go Ahead, YOU Read the Labels!

Task #1:  To figure out what there is for a Celiac to eat here. 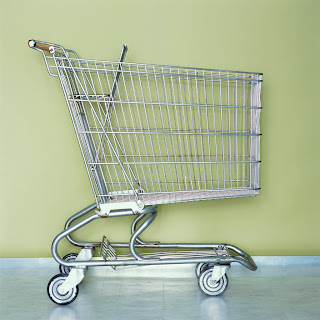 For the last two weeks I have been scoping out every grocery store in Belgrade I can find: Maxi, Tempo, Idea, Maki, Vero, and Mercator.  It was, to say the least, depressing.  Okay, I could find corn pasta (which I actually like), polenta, and some cookies, but that was about it.  Better than nothing, I thought.  I do have the very appreciated military postal service with direct access to Amazon, but I really wanted to find something local.  I'm not the best plan-aheader.  Trying to estimate how much rice flour I would need in a month- well, first of all, I don't even know what I can make with it yet.  And to wait a month for it to arrive?  Bummer.  That's not to say that there is not plenty out there that is naturally gluten-free, fruits and vegetables galore, meat and fish to boot.
Perhaps there are more products in the grocery stores here that are gluten-free.  The problem is is that there are no labeling laws in Eastern Europe, or none that I know of.  Some of the imported goods do have labels, but unless the exporting country is in the EU, there is no way of knowing what exactly the label entails.  Googling, "gluten-free labeling Serbia (or Eastern Europe, for that matter)" brings up next to nothing.  Oh, there was one sight that said labeling in Eastern Europe could be "tricky."  Understatement of the year, unless you speak, say, Ukrainian and want to make that international call to the Ukrainian cracker maker to see if those corn chips were made in a gluten-free facility.  yeh, right.

Then, on a quick birthday party cookie run to Mercator I stumbled across this:
And why didn't I see this before?
Two aisles marked "Bez Glutena (Without Gluten)." I'm standing in the middle of the aisle with tears streaming down my face.  I am so grateful.  I love you, Mercator.  The aisles are loaded with prepared foods, grains, and flours all labeled in Serbian.  Although I speak Serbian pretty well, buckwheat, amaranth, and garbanzo bean are not in my lexicon.  And no, I have yet to buy one of those handy google-friendly phones.  This might be the impetus to get one.  I just learned how to blog, for goodness sake.  So, I wiped my eyes, bought some of the Rocky Rice bars (thank you, English) and scurried home to Google translate all of the ingredients suggested by Gluten-Free Cooking For Dummies

(thank you, Carol!) for me to have in my pantry.  The next chance I got, I hightailed it back to Mercator, my new grocery store of choice, and with my vocabulary list in hand, I bought all the bootie I could get and then some.  There were several products and variations of products that were not on my list.  What the hell!  I decided to buy 'em and see what I had when I got home.  My surprise items? Poso (millet) flour, oljušteno (peeled) buckwheat, and proprženo poso (fried millet).  Alrighty, then!  I had no idea what I was going to do with them, but I was EXCITED!

I bought a new sifter (no getting wheat flour out of my old one), pasta spoon, and whisker (ditto).  I also bought a spiffy oven mitt, realizing last week, when I took my family's glutenized meatloaf out of the oven, just how often we stick our mitts in the food.  Good grief.

Unfortunately, Mercator does not carry the last three remaining ingredients in my cookbook's bread flour recipe:  Tapioca flour, garbanzo bean flour (I found easy how-to's on the internet) or xanthun gum (the stuff that holds gluten-free bread together).  The last one, I'm going to first scour the health food stores here and then, probably order it on Amazon.

I'm going to become a regular non-gluten flour- making guru.  What's next?  A mortar and pestle? Bring it on!  I'm a bread-baking mama!

So, I'm off to the kitchen to bake bread.   Have I ever even made regular bread?  Uh, no.  How hard can it be?

The Spouse
Belgrade, Serbia
I am a writer. I am a spouse. I am the wife of a U.S. Foreign Service Officer. I have lived in five different countries in the last 12 years. I am a mother of two children who were born in Mexico and Guatemala. I love what we do.

Follow SpouseAbroad by Email. It's free. You can't beat it.